Invited artists to the RHA Open Studio – A Conversation on Drawing.

The following artists were selected to exhibit in COE ’14 –

“126 are delighted to present the 7th Annual Members Exhibition “Restless” as part of this year’s Galway International Arts Festival.

Restless does not have a distinct theme, yet belies a certain feeling from the collected work. An unease, a questioning, a poking, a teasing of possibilities. In sending out an open call for submissions, no theme was suggested, only general background interests of the curator. McAree was interested to see what would emerge and suggest itself as a show.

What presented itself was a distinct sense of questioning through a very diverse series of artworks – who we are, what are things made of, the meaning of things, of objects, of reality, of the personal, the social. The blur between reality and fiction, of burden shouldered, and sacrifices taken, of memory, of history, of contracts, of artifice.This diverse series of artworks seems to suggest a sense of where we are now, eternally never emerging from a recession, and in its various ways, teasing at the global through its collective presentation.

126 is Galway’s and the west of Ireland’s first artist-led exhibition space. 126 was established in 2006 by local artists as response to the urgent need for more non-commercial gallery spaces in Galway. Among the aims of 126 are to maintain a central permanent exhibition space and resource centre for all visual artists. Provide a unique platform within Galway for the presentation of art works that are risk-taking, experimental, in-progress, and otherwise not normally represented by commercial galleries or established institutions and to encourage a growth in the visual arts in Galway and in critical discourse in Ireland.
In addition to an opening reception on the 15th of July, there will be an exhibition publication launch and website launch of the new 126 website on the 24th of July at 6.30PM. 126 would like to thank The Galway International Arts Festival for their generous support”

The focus of this show is on artwork that utilises the theme of repetition, either as a production process or as an aesthetic affect.

Artspace Studios, Galway’s longest established artists studios, have collaborated with visual artists, recent graduates, academics, writers and community groups to create a vibrant collective project. The work selected for and generated by this project, explores collaboration as a process and a methodology.

This project has been facilitated by Dr. Aine Phillips.

Artspace will exhibit this work in the Shed, Centre Pier, Galway City Harbour, courtesy of Adapt, which is an umbrella organisation for the arts in Galway

Below is the collaborative work of Robin Jones and Sarah Farrell as part of the Resonance show, this work owes a debt to the work of Lois and Franziska Weinberger 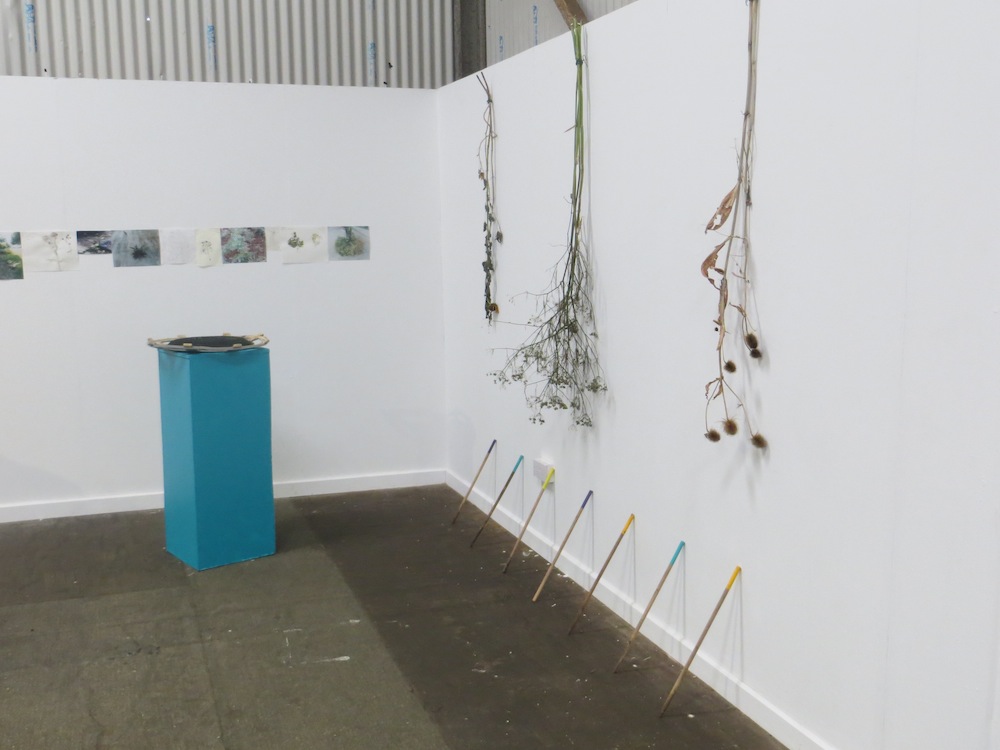 2013 New work by Robin Jones, 126 Artist-run Gallery, Galway I am shapeful and gracely, a creature of the air I’d say

the accompanying text for this exhibition, Drawing off the reserve, reproduced here with thanks, written by John Mulloy, lecturer in Art History, Critical Theory, Rural Arts and Arts-based Community Development at GMIT

An exhibition around the idea of noticing and taking note, featuring the work of a wide variety of people.