Taking Note or The Curious Eye 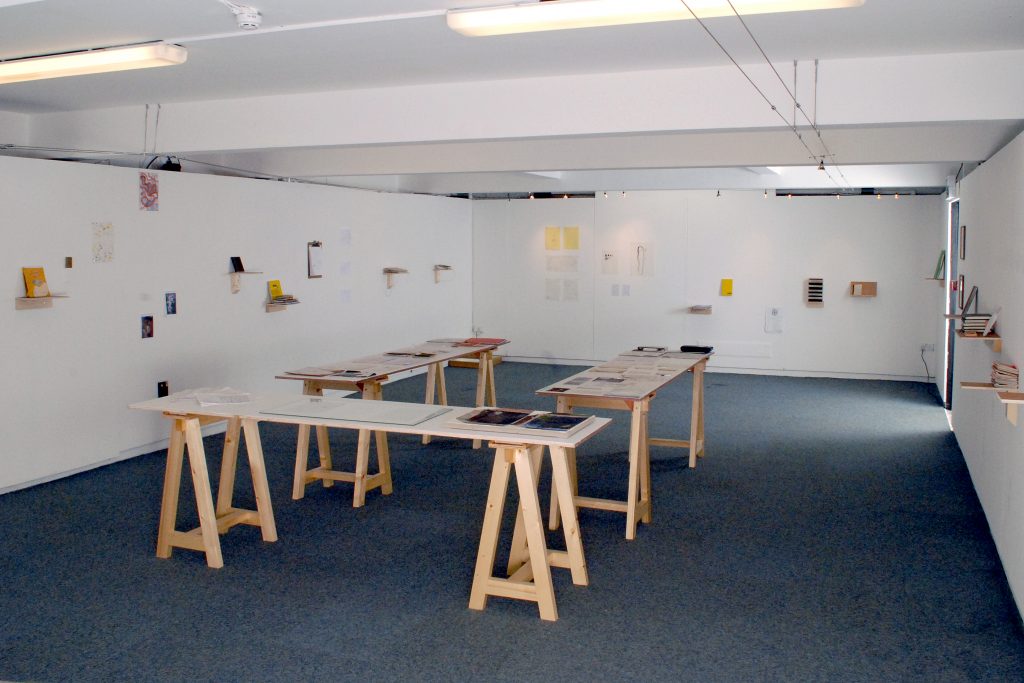 An exhibition around the idea of noticing and taking note

The Concise Oxford English Dictionary under the entry for ‘note’ as a noun describes, “a brief written record of facts”, and then lists musical notes, birdsong, basic components of a flavour before, as a verb, it mentions “pay attention to”.

In this exhibition I hope to address the notion of attention, open-ended curiosity and the brief records resulting from this moment.

To notice and to record this noticing seems to me a very human activity. Whether it comes in the form of a sketchbook or written notebook, on a scrap of paper or via a laptop or iPhone or perhaps a sound recording.  Whether notes are for personal research, or come from a general curiosity to register “noticing” and the committing to memory, or even drawings made in conversation to explain something to another person, they are all about developing a contact with the world.

The Concise OED entry on “note” mentioned previously doesn’t include drawing, yet, to me, drawing particularly, is a trace of the event of looking and a making sense of something. These note-taking moments are a kind of conversation between the noter, the note and the thing being noted. Looking for and looking at something can be an active event, with drawing and note-taking somehow homing in on the thing that is being considered.  Though the idea of looking leads immediately to the sense of sight, this exhibition is based less around a purely optical model of perceptual experience and more an examination of a sort of corporeal, experiential note-taking, involving as many of the senses as possible as a register of this porous contact between the body and the world.

While writing is woven into the fabric of a huge part of human life and has an acknowledged position as such, drawing too has a similar position – though far less acknowledged – in everyday life. In recent years, drawing’s so-called “expanded field” explores how the act of drawing is integrated into an enormous range of human activity. Both drawing and writing are forms of contact with the world and the observations gathered through these media foster an attention to and an attending to, this moment of contact.

Writing can also create a sense of a developing conversation with object, person or event and as with drawing it is a register of a complicated experiential moment.  Both writing and drawing could also be seen as, particularly in the form of an exhibition such as this, a glimpse of the semi-visible and variable processes of thought.

Irit Rogoff, in an essay called “Studying Visual Culture” wrote about the difference between “the curious eye” and “the good eye” of connoisseurship. “Curiosity implies a certain unsettling, a notion outside the realm of the known – of things not quite yet understood or articulated…” the hidden or the unthought – followed then by the optimism of finding out something that one had not known or been able to conceive of before. John Cage said that, “if you develop an ear for sounds that are musical, it is like developing an ego. You begin to refute sounds that are not musical, and that way you cut yourself off from a good deal of experience”.

How do musicians record aural experiences that aren’t directly musical, for example? Or a dancer record a notion of body movement, a plumber explain a complex copper-piping bend to a customer? How information is primarily gathered and some aspect of the world registered and communicated is a complex affair indeed.

The kept-as-part-of-their-work sketchbooks and notebooks of artists and writers are the obvious example of note taking and are perhaps the most familiar model.  Others such as architects, engineers, builders, industrial designers, doctors, wine-tasters, perfumiers, plumbers, musicians and composers, dancers, choreographers, birdwatchers, set designers, oceanographers, geologists, archaeologists (and any other scientists) – the list is pretty inexhaustible – may also make use of this process.

In “Looking at the Overlooked”, Norman Bryson explores how still life takes on the exploration of what ‘importance’ tramples underfoot. He examines how particular categories of still-life plunge “…attention downwards, forcing the eye to discover in the trivial base of life intensities and subtleties which are normally ascribed to things of great worth…involving a humiliation of attention and the self…” trying to “…persuade vision to shed its worldly education” He goes on to say that “the enemy is a mode of seeing that thinks it knows in advance what is worth looking at and what is not … sight is taken back to a venal stage before it learned how to …  screen out the unimportant and not see but scan.”

While not wishing to make any grand claims for an exhibition such as this, I believe that the relinquishing of the desire to say ‘I know’ that goes into any research at this level; the need for openness of exploration and the humility of existence I envisage much of the work in this show having – do have interesting parallels with Bryson’s essay.

The work in the show will probably tend toward the unspectacular (drawing has a general tendency not to be associated with the ‘heroic’ gesture in art for example) allying it with the notion of this ‘drawing down’ of attention. It will not be so much about the more formalised worked-through drawing, writing or diagram, so much as the initial contact, that ‘casting down’ to a level almost below the conscious, of vision or the senses to where the criteria aren’t predetermined, where exploration is inchoate and open-ended, thinking not pre-formed, that first stage or very early stage, perhaps before an idea has formed – or even where the requirement of idea-forming is unnecessary. In a way drawing’s unfinishedness and open-endedness could be said to mirror the note taking process overall.

This will bring together a variety of works, both writing and drawing and as many other ways of collecting information as possible, sketchbooks, notebooks, diagrams, digital information, the archetypal note on the back of a fag-packet, mobile phone photos, photographs as source, sound recordings, short films and even the crossings out, doodlings and other marginalia found in writers’ manuscripts.

I would like to thank the archivists at NUI Galway for their enthusiastic assistance in trawling through their collections.

Thanks also to the following people who kindly and generously participated in this exhibition: